The cooperation picks up speed in the truest sense of the word and by this the deepening of the external image is the logical consequence. 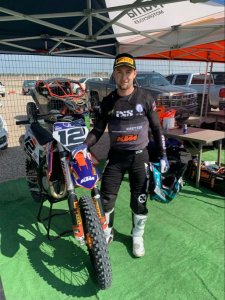 Despite Covid 19 pandemic, Max was able to achieve impressive sporting successes in the current year 2020, for example at the invitation race Kuwait International Motocross, which took place on 21/22.02.2020.

Back with cup and premium in Europe he was, like many other athletes, confronted with the lockdown and races or training runs were not possible due to official orders. 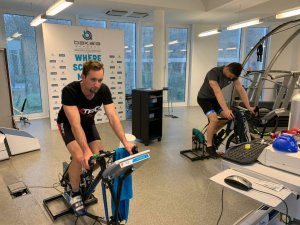 Max used the time by intensive training without bike in order to keep himself fit and to be prepared for the time of the re-start. The medical test in Brussels shows his impressive condition at the level of his 2016 World Cup participation.

As a private coach he looks after internationally renowned young riders such as the Swiss Kevin Brumann and the successful talent Richard Sikyna from Slovakia as well at his training centre.

The young athletes are offered ideal opportunities for further development under the guidance of the multiple champion. In addition to the actual motorcycle training on the World Championship course Lommel, this also includes topics such as healthy nutrition and fitness training.

The goal of an athlete, however, is to confirm the training successes during competition in front of the audience. This is how it came to the start of the international Czech championship, which had its opening in Dalecin. All three could be more than satisfied with the race weekend. In the meantime more runs were completed, the last one in Jinín on 26.07.2020. Max won both races as well as the holeshots.

He is the ideal advertising partner as the leader of the top class MX1 it and this with successes in the countries where Krettek Separation wants to provide more presence. A further Holeshot! We wish our brand ambassador Max Nagl many exciting and successful races at the highest level and also on the podium. 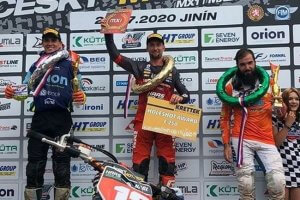